After examining data on 2,754 municipalities across the country, Business Insider put together a list of America’s 50 best suburbs. They considered suburbs with populations between 5,000 and 100,000 within 40 kilometers of the nearest metropolitan area. They also factored in average commute times, median household income, poverty and crime rates, public-school ratings from GreatSchools.org, and a measure of housing affordability. Click here to see their full methodology.

Their list was dominated by the Midwest, or more specifically by Ohio suburbs. This is likely due to several factors, most notably a reasonable cost of living.

The Number 1 Spot was claimed by New Albany, which is located a short 21-minute drive from downtown Columbus and has a population of just 8,135 with a median household income of $185,076. The poverty rate in the idyllic community is a low 1.2%.

The tiny community scores high marks for its 200-acre learning campus for grades K-12. Every school within the district has earned a national Blue Ribbon School of Excellence by the U.S. Department of Education. 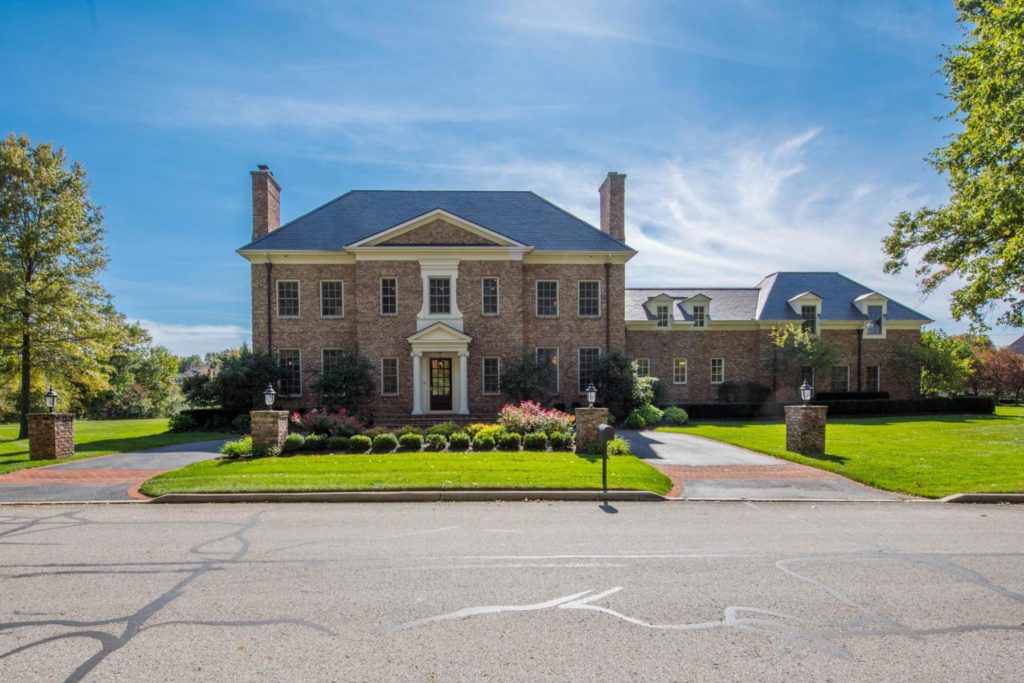 There’s also the thirteen million dollar, 55,000 square foot, state of the art Heit Center, a health and wellness center focused on addressing the unique needs of each individual to improve the collective health of the entire community. The center is the result of a partnership between the City of New Albany, Nationwide Children’s Hospital, The Ohio State University and Healthy New Albany. The facility includes a gym and fitness center, a demonstration kitchen, an indoor pool a health care and injury center by The Ohio State Wexner Medical Center, and an orthopedic and sports medicine clinic for children and adolescents by Nationwide Childrens Hospital.

The core inspiration and namesake for the center is Philip Heit, who is also the driving force behind making New Albany one of the healthiest communities in the country. Heit is a Professor Emeritus of Physical Activity and Educational Services at The Ohio State University and the founder of Healthy New Albany, the New Albany Club and the New Albany Walking Classic— the nation’s largest walking-only race.

New Albany is also home to the New Albany Classic Grand Prix, the top specialty equestrian event in the nation that raises awareness of domestic violence.

For a dose of culture, the Jeanne B. McCoy Community Center for the Arts promises live music, theater, dance, and a series of lectures. The center also hosts local school productions.

From its annual Fourth of July and Founder’s Day parades to special events like the Taste of New Albany, this Ohio suburb is “a master planned community built upon the best traditions of small town America.”

Additional Central Ohio Suburbs that made the list include:

If you, or someone you know is considering Buying or Selling a Home in Columbus, Ohio please give us a call and we’d be happy to assist you!