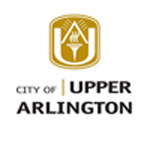 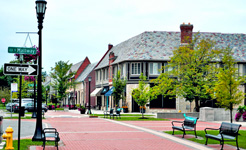 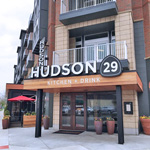 Upper Arlington is a young city with an old soul. Most of the suburbs of Columbus can trace their roots back to strong-willed pioneers and revolutionary war heroes of the late 18th and early 19th Century. However, the City of Upper Arlington owes its existence to a pair of strong-willed real estate developers from the second decade of the 20th Century.

In 1913, the Thompson brothers had a vision for a unique country club district on a vast stretch of undeveloped farmland along the banks of the Scioto River just five miles northwest of Columbus. They envisioned a Garden City where people of prosperity and influence could find a refuge from the hustle and bustle of life.

The Thompsons’ vision was to utilize Englishman Ebenezer Howard’s Garden City Movement to create a Garden City in Central Ohio. Inspired by the utopian ideals of the late 19th Century, Howard laid out the movement’s goals in his 1898 the book To-morrow: a Peaceful Path to Real Reform. As a backlash to the crowding and pollution of cities during the Industrial Revolution, Garden Cities were to be planned, self-contained communities surrounded by greenbelts as well as carefully balanced areas of agriculture, residences, and industry. 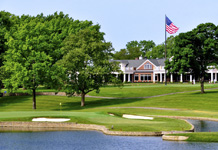 Driving through Upper Arlington today, travelers experience curving streets lined with trees creating a uniquely satisfying, park-like feel. The idea of a Garden Community layout is most obvious in the Old Arlington section of town. In this Historic District of Upper Arlington, visitors can see the many homes, gardens, and streets built in support of the Garden City vision. With its towering trees, rich gardens, and stone homes this young city is infused with an old soul.

Today Upper Arlington is a 9.7 square mile residential community of nearly 35,000 bordering The Ohio State University, Hilliard, Columbus and Marble Cliff. Ironically, the community has steadily grown into an exclusive enclave within the shadows of Columbus fulfilling Howard’s egalitarian vision. 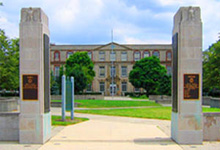 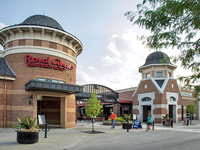 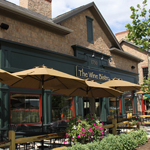 Because of Upper Arlington’s convenient location, residents are close to everything. Shopping at Kingsdale, The Shops on Lane (includes a Whole Foods Market), Easton Town Center, the Lennox Center, Polaris Fashion Place, the Mall at Tuttle Crossing, and the Short North Arts District are each less than a fifteen minute drive. Interstates 70 and 71 are easily accessible and can take travelers to all points east and west, north and south. Upper Arlington sits in the shadow of The Ohio State University’s Schottenstein Center and The Ohio State University Football Stadium, affectionately known as The Horseshoe. Both facilities host world class NCAA Division 1A athletics. Downtown Columbus’ proximity to Upper Arlington allows residents to drive or bike to events at the city’s historic theaters, the Arena District and fine dining venues. 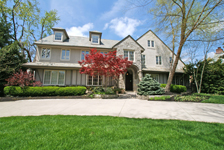 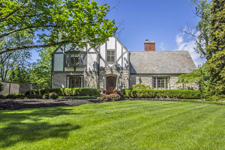 Today, Upper Arlington’s community prides itself on its short but rich history and finds itself matured into a flourishing community.

Upper Arlington annually hosts a Fourth of July parade and fireworks display, thanks to the efforts of members of the Upper Arlington Civic Association. The Upper Arlington Labor Day Arts Festival at Northam Park and the annual Halloween festival at Tremont Elementary School, where visitors can buy crafts, treats, pumpkins and other items are other notable community events. The City’s Parks & Recreation Department hosts numerous events including the Winter Festival and Tree Lighting, Spring Fling, Summer Celebration and Fall Fest. Other events include the Chamber’s Taste of UA festival, and during the summer months Upper Arlington also hosts a program called “Movie in the Park” where (usually free of charge) a movie is shown in Upper Arlington’s various parks. A farmer’s market is held at the Mallway during the summer.

Upper Arlington is one of Columbus’ “Old Guard” communities comprised of many great neighborhoods and idyllic streets, including: